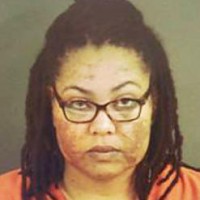 On Friday September 16th Officers at the Putnamville Correctional Facility arrested 32 year old Danielle Moore of Indianapolis. Moore was spotted attempting to traffic drugs to an inmate during a visitation. Further investigation revealed that the substances Moore attempted to give the inmate was synthetic marijuana and Suboxone; also known as Buprenorphine which is a prescription narcotic. Moore was arrested and was taken to the Putnam County Jail for charges of trafficking a controlled substance and possession of a controlled substance.