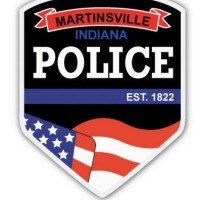 The Martinsville police chief has stepped down after resigning suddenly Tuesday. Mayor Shannon E. Kohl made the announcement on her Facebook page. Police Chief Rick Lang’s resignation was effective immediately after less than a year on the job. He was selected as Martinsville’s new chief in December 2015. Prior to taking the role, he had 40 years of experience in law enforcement, including 20 years as an Indiana State Police trooper. Deputy Police Chief Matt Long will serve as interim chief until a replacement for Lang is found.