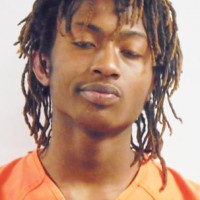 A plea agreement has been reached in the Interstate 70 shooting case from May 8th. Markus S. Yeanay,  18, of Columbus, Ohio, has entered a guilty plea of Aggravated Battery, a Level 3 Felony, causing the death of his uncle, Marcus Edwards, 33, also of Columbus. Originally, Yeanay was charged with Voluntary Manslaughter, Possession of Cocaine, and Carrying a Handgun without a License. These charges have been dismissed via the accepted plea bargain, and in lieu of the unreliability of the witnesses. Yeanay now faces a sentence of 3 to 16 years in prison.