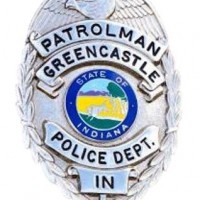 Greencastle Police Officer Zach Rhine received information of a suspicious male while on a disturbance call at Castlebury Apartments earlier this week. Upon investigation, Officer Rhine observed a male sitting in a vehicle but upon approach, the suspicious male fled on foot. Later identified as William Jordan Clements, 21, of Greencastle, was detained on Glenview Drive after pursuit. After further investigation, Rhine found a gym bag inside the vehicle the suspect had been seen in, and with a warrant, seized the following items for evidence: several hypodermic syringes, glass pipes, digital scales, numerous plastic baggies, and a spoon with a crystal like substance which field tested positive for Methamphetamine. Clements was booked into Putnam County Jail on counts of Criminal Trespass, Resisting Law Enforcement, Possession of Methamphetamines, Unlawful Possession of a Syringe, and Possession of Paraphernalia.