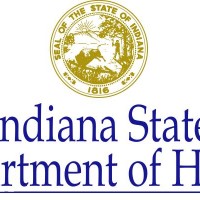 The Indiana State Department of Health (ISDH) has been awarded more than $3.6 million from the Centers for Disease Control and Prevention (CDC) over the next five years to protect Hoosiers from Zika virus disease. The funds are being used to investigate illnesses, conduct mosquito surveillance and laboratory testing, support mosquito control and public health preparedness efforts and increase awareness of the Zika virus. The grants also include $2 million, which will be received in $400,000 annual increments, to fund a program manager to oversee microcephaly tracking efforts in Indiana, an application developer to support improvements to the Indiana Birth Defects and Problems Registry, and nurses who will conduct case reviews for any infants identified with microcephaly. Zika is a mosquito-borne illness that has been predominantly found in tropical locations, including Central and South America, the Caribbean and Puerto Rico. Currently, 27 Indiana residents have acquired Zika while traveling to affected areas. No cases of Zika acquired from local mosquitoes have been reported in Indiana.