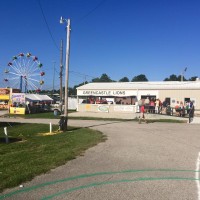 The Putnam County Fair board are seeking nominations for several director positions that have opened up. Eight at-large director position are up for election as well as six directors for two year terms for townships in the county. Should you like more information, or to be considered for a position your ask to call 721-3414 or 720-0262 before August 20. Elections will take place at the Fair Boards annual meeting September 8 at 6:30.