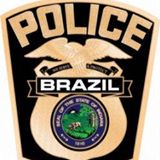 Wednesday August 3rd, Indiana Conservation Officers carried out two search warrants at a Brazil residence related to a Parke County theft case. As a result, both Joshua R. Williams, 35, and Daniel E. Speck, 31, of Brazil were arrested, facing drug and theft charges. The initial search warrant for the Brazil home was issued after an investigation of theft at Raccoon Lake Boat Rental this summer. Not only were items recovered from the theft report, but stolen property was seized believed related to other burglaries. The second search warrant was obtained after Conservation Officers discovered drugs and paraphernalia inside the residence, and further investigation revealed Marijuana, Methamphetamine and materials utilized in the making and dealing of synthetic drugs. A motorcycle with its VIN removed, as well as multiple firearms were impounded, pending the result of the case. The Indiana State Police and Clay County Sheriff’s Department also assisted on-scene. 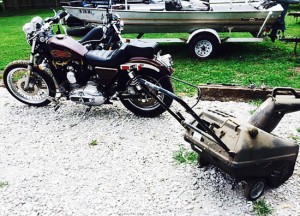