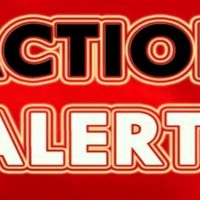 Doctors have a warning about a dangerous new college trend called “Drunkorexia,” just as parents prepare to send college students back to campus. “Drunkorexia” is the process of skipping meals and working out excessively before a night of heavy drinking, with a goal of cutting calories and getting drunk faster. A recent study in Texas found more than 80% of students participated in at least one account of drunkorexia-type behavior within the previous three months. The study also showed that men are just as likely as their female counterparts to engage in binge-drinking behavior. Doctors report that “Drunkorexia” starves the body of nutrients, causing alcohol to absorb faster but only leads to more serious issues, such as malnutrition. Dr. Paul Stromberg of the Carilion Clinic recommends students know their family background and have a conversation about family history and drinking habits prior to attending college, as experts say that the highest tolerance for alcohol is found in those with the highest genetic risk of alcoholism. Watching for early warning signs is the first step.