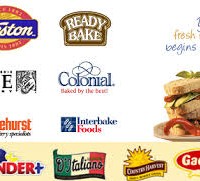 The company will invest $1.6 million to renovate its 20,000-square-foot production facility for Maplehurst Bakeries – a subsidiary of Weston Foods – in Brownsburg to house the parent company’s U.S headquarters. The company’s new U.S. headquarters will complement its global headquarters in Toronto, improve communication between its subsidiaries across the country and provide a centralized location for its U.S leadership when facility upgrades are complete in September. With construction currently underway, renovations at the Brownsburg facility will provide an open-concept office space and make updates to the entire facility, including a new kitchen, bathrooms, flooring, meeting spaces and a modernized research and development center.

Weston Foods, which currently employs more than 2,000 associates across the United States, including nearly 500 in Indiana, is currently hiring for procurement, sales, supply chain and operations positions. As part of its growth, the company plans to create up to 15 new high-wage positions by 2018, which are expected to pay average salaries more than 180 percent higher than state’s average wage. Interested applicants may apply online at http://www.westonfoods.ca/yourcareer.php.