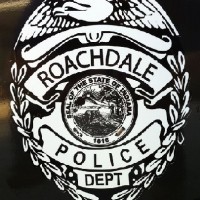 A Roachdale man was transported from his Main Street residence in critical condition Friday afternoon, July 15, after reportedly making contact with overhead power-lines causing a severe shock. During the installation of a large-scale antenna to the exterior of his home, it appears the antenna made contact with overhead power-lines. The damage also created a fire to spark in the attic of the man’s home, whose name has yet to be released. After first responders and emergency medical personnel from Putnam County Operation Life and PMH Ambulance Services performed CPR at the scene, the victim was first transported to Hendricks Regional Hospital in Danville, and airlifted to St. Vincent Indianapolis Hospital. Roachdale, Russellville, and Walnut Creek Township fire departments responded to the dispatch call of a fire just after 3PM. Flames were mostly contained inside the home and within the attic. Putnam County Sheriff’s deputies and Roachdale Police, also responded to the scene. An update will be made as information comes available on the condition of the Roachdale man.