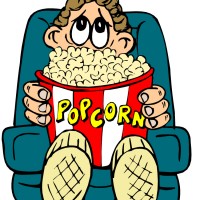 “Reparation,” directed by Kyle Ham, a 1994 DePauw University graduate, is a film that was shot over the summer of 2014 at Greencastle locations, as well as other Putnam County spots. The script reportedly was adapted from a play by Steve Timm, professor of communication and theater at DePauw. “Reparation” has been selected by the 13th Annual Indy Film Fest, and is set to be shown in the Tobias Theater of the Indianapolis Museum of Art in Indianapolis. For information on Tobias Theater showings, and useful links, visit this story at WREBfm.com.

Kyle Ham will also be bringing “Reparation” home to Greencastle, along with an opportunity to meet the cast and filmmakers. “Reparation” Greencastle Premiere will be September 4th at the Ashley Square Cinema at 7PM, with encore showings September 5th through the 8th. Tickets are available at the Cinema Box Office.

Showings of “Reparation” for the Indy Film Fest will be at the Tobias Theater at the Indianapolis Museum of Art in Indianapolis: July 18 @ 9:15PM and July 21 @ 12:45PM.