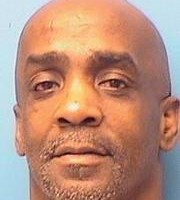 The Indiana State Police is conducting a death investigation, while Putnamville Correctional Facility is currently on lockdown, after an offender on offender assault resulted in the death of Offender Lawrence Harris DOC#230872 in his general population dorm, shortly before 6AM, at the Correctional Facility this morning. An investigation is ongoing with the Indiana State Police, who have identified two suspects believed responsible for the death of Offender Harris, 53, of Indianapolis. The suspects have been isolated, and names will be released upon formal charges. An autopsy has been ordered to determine the official cause of death, and upon completion of the investigation, the report will be submitted to the Putnam County Prosecutor’s Office for review. Offender Harris had been transferred to Putnamville Correctional Facility on July 6th from the Reception Dialogistic Center (RDC), for a Parole Violation May 31st, on a Burglary charge out of Marion County. His projected release date was April 14th of 2017. The next of kin have been notified. Details will be released as they come available.