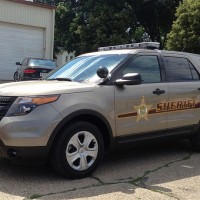 As a result of a county-wide canvas the nights of July 7th, 8th, and 9th, Putnam County deputies racked up five DWIs, six arrests of drivers with suspended licenses, one drug-related arrest, 22 traffic citations and 182 traffic warnings. The Putnam County Sheriff’s Department were conducting a three-night patrol focused on rural area crime prevention and criminal apprehension, as well as the apprehension of impaired and suspended drivers. Each night from 8PM to 4AM, up to nine deputies patrolled the entirety of Putnam County with emphasis on the most rural sectors. Though rural crime prevention patrols are part of deputies’ daily assignments, Sheriff Scott Stockton plans to implement these types of canvas patrols throughout the summer to reduce rural crime and traffic-related incidents, with the hope, Sheriff Stockton says, that drivers will “think before they drink.”