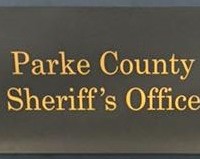 On July 2nd, at approximately 9PM, Parke County Deputies initiated a traffic stop on a vehicle in the Tiki Hut parking lot. The driver was identified as Shane Crabtree, 27, of Rockville. The Parke County Sheriff’s Office had received a tip that Crabtree appeared intoxicated prior to getting behind the wheel of the vehicle and driving. Crabtree tested under the legal limit, as well as, submitting to a field sobriety test, however, Deputies discovered that Crabtree had never received a Driver’s License. Deputies issued Crabtree a Summons to Appear for Operator Never Licensed. Crabtree could also face potential Intimidation charges after Parke County Deputies were recalled to the Tiki Hut to take statements from employees, after Crabtree returned to the business July 3rd and reportedly made employees uncomfortable due to her comments about the Incident from the previous night involving the Deputies. Both reports have been forwarded to the Parke County Prosecutor for review.