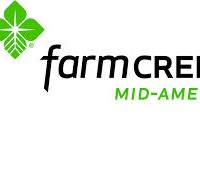 After over 40 years in the Farm Credit Organization, Ken Carrington is retiring June 30th.   Ken began his Farm Credit career on October 15, 1975 with Production Credit Association (PCA) in Martinsville.   Beginning in January 1981, he was promoted to a credit position in the Greencastle “Central Office.”   In 1985, PCA and Federal Land Bank merged into what was then called Farm Credit Services, and now called Farm Credit Mid-America.  Ken held a branch manager role until the early 1990’s.  Since then he has served as an Ag Loan Officer at Greencastle covering Hendricks, Putnam, Parke, and Vermillion Counties throughout most of that time.
Ken is originally from Russellville, graduated from North Putnam in 1971, Purdue University in 1975, and has lived in the Bainbridge area since 1981.
Farm Credit is honoring Ken with a Retirement Party at the new office at 1050 Ballard Lane (Greencastle) on Wednesday, June 29th from 12:00 to 4:00.   All customers, business associates, and friends are invited to stop by.
Tags: farm credit mid america, greencastle news, ken carrington, putnam county news, wreb news, wreb radio