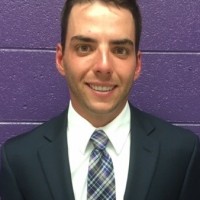 The Greencastle Community School Corporation Board of Trustees, at their regularly scheduled meeting on Monday, June 20, 2016, appointed Mr. Bryce Rector as a GHS math teacher and the varsity boys’ basketball coach. Coach Rector is leaving Avon High School as a valued math teacher and coach. Rector played high school basketball and baseball at Muncie Burris. He later served as a Varsity Assistant basketball coach at Muncie Burris and then took over as the Freshman Head Coach and a Varsity Assistant at Blue River Valley in 2013-2014. Coach Rector has been the JV Head Coach and a Varsity Assistant at Avon High School since 2014.