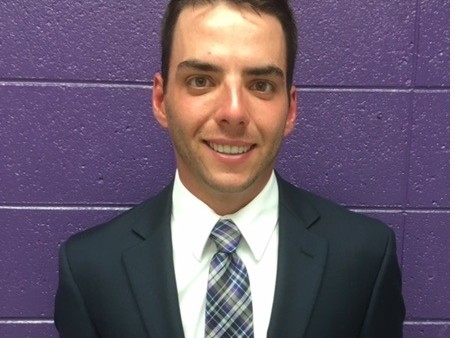 The Greencastle Community School Corporation Board of Trustees, at their regularly scheduled meeting on Monday, June 20, 2016, appointed Mr. Bryce Rector as a GHS math teacher and the varsity boys’ basketball coach.

The GHS Athletic Department is proud to announce that Coach Rector has been selected to lead the GHS Tiger Cubs Boys’ Basketball program as the head coach beginning with the 2016-17 season.

Coach Rector stated, “I am incredibly thrilled and honored to be given the opportunity to be the next Greencastle Boys’ Basketball Coach.  The community and basketball facilities that Greencastle offer are second to none in the state, which I believe are ideal for building a top notch basketball program.  I am excited to get to work as a member of the faculty, building up the basketball program, and becoming a part of the Greencastle community.”

Athletic Director Greg Hill quoted, “We believe we have found a young, energetic man who is both an outstanding teacher and coach.  We were looking for a candidate that could spark the program, get involved with our youth and middle school basketball programs and insist on player accountability in the classroom and on the court. Coach Rector meets those requirements and more.  Coach Rector is committed to moving to Greencastle as soon as possible and rolling up his sleeves to get to work”.

Hill continued, “All great coaches had to start young and build a head coaching resume; if this community will give Coach Rector their full support and share his commitment to the program, we believe an outstanding coach will be our reward for many, many years to come.”

We will have a Meet the Basketball Coach Night on Tuesday, June 21st in the McAnally Center at 6:45 pm.  Players, parents and fans invited.