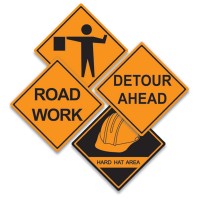 Construction workers in Brazil working on the U.S. 40 project accidentally struck a buried fuel tank which caused petroleum to flood into the soil. It was originally believed that nothing was underground near the northeast corner of U.S. 40 and SR59 before they hit the fuel tank. The soil that was contaminated with petroleum was hauled away to a landfill where the soil will undergo a decontamination process. Workers are confident that this incident shouldn’t slow down the project which should be complete sometime near the end of November.