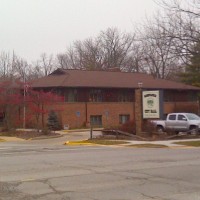 The Greencastle City Council held their meeting yesterday April 12th at Greencastle City Hall. This month was an extensive meeting due to talk about ordinance 2016-2 which had its first reading. The ordinance will amend the zoning map to allow the Greencastle School Corporation to build a new bus transportation center. Mayor of Greencastle Bill Dory gives us a recap.

The Girls Scout Troop #02276 were able to start a cancer awareness fundraiser that obtained $2,152.35 from 4 grants. This money is used to create packages that are donated to hospitals. The packages include insulated cups, socks, playing cards, clothes and much more. The Mayor also reported that things are moving forward with the YMCA in getting a community center in Greencastle. Claims in the month of April totaled $827,346.17.