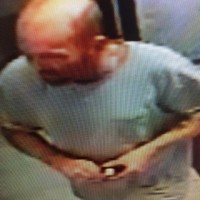 The Parke County Sheriff’s Office has asked the public for their help in identifying a suspect who is wanted for theft. The theft occurred in Rockville on April 6th. The suspect is described as a white male in his late 40’s or early 50’s. He is approximately 5’9” to 6’0”, skinny build with tattoos on both forearms. The suspect was also seen leaving the scene in a blue Ford Ranger with an extended cab. If you have any information in regards to the suspect’s identity you can contact the Parke County Sheriff’s office or the Rockville Police Department. A picture of the suspect and his truck is displayed on this article. 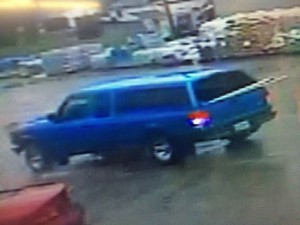