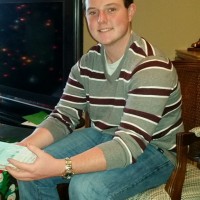 On April 6th at approximately 6pm, the Avon Police Department responded to a report of a vehicle accident in the 1700 block of South County Road 525 East in Avon. When officers arrived on scene they located a red Ford Fusion that had struck a tree on the west edge of the roadway. The driver of the vehicle was identified as 17 year old Jonathan Legg who was pronounced dead at the scene. The Avon Police Department has been working with the Avon Community School Corporation to facilitate the support systems needed for Jonathan’s family. The accident is still under investigation. Drugs and alcohol are not believed to be a contributing factor in this accident.