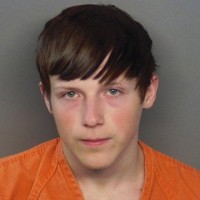 The Danville Bank Robbery Suspect has been caught. On April 6th the Danville Police Department announced on their Facebook page that 18 year old Kyle Rhoades, and two juveniles were taken into custody yesterday afternoon following a Plainfield traffic stop for a minor traffic infraction. Investigators from the Plainfield Police Department obtained information from the individuals inside the vehicle that tied them to several bank robberies. Investigators met with Mr. Rhoades at the Hendricks County Jail this morning and obtained information tying him to the Danville North Salem State Bank robbery back in March 9th. These three teens have all been charged with four separate bank robberies throughout Hendricks County. The investigation is still ongoing.