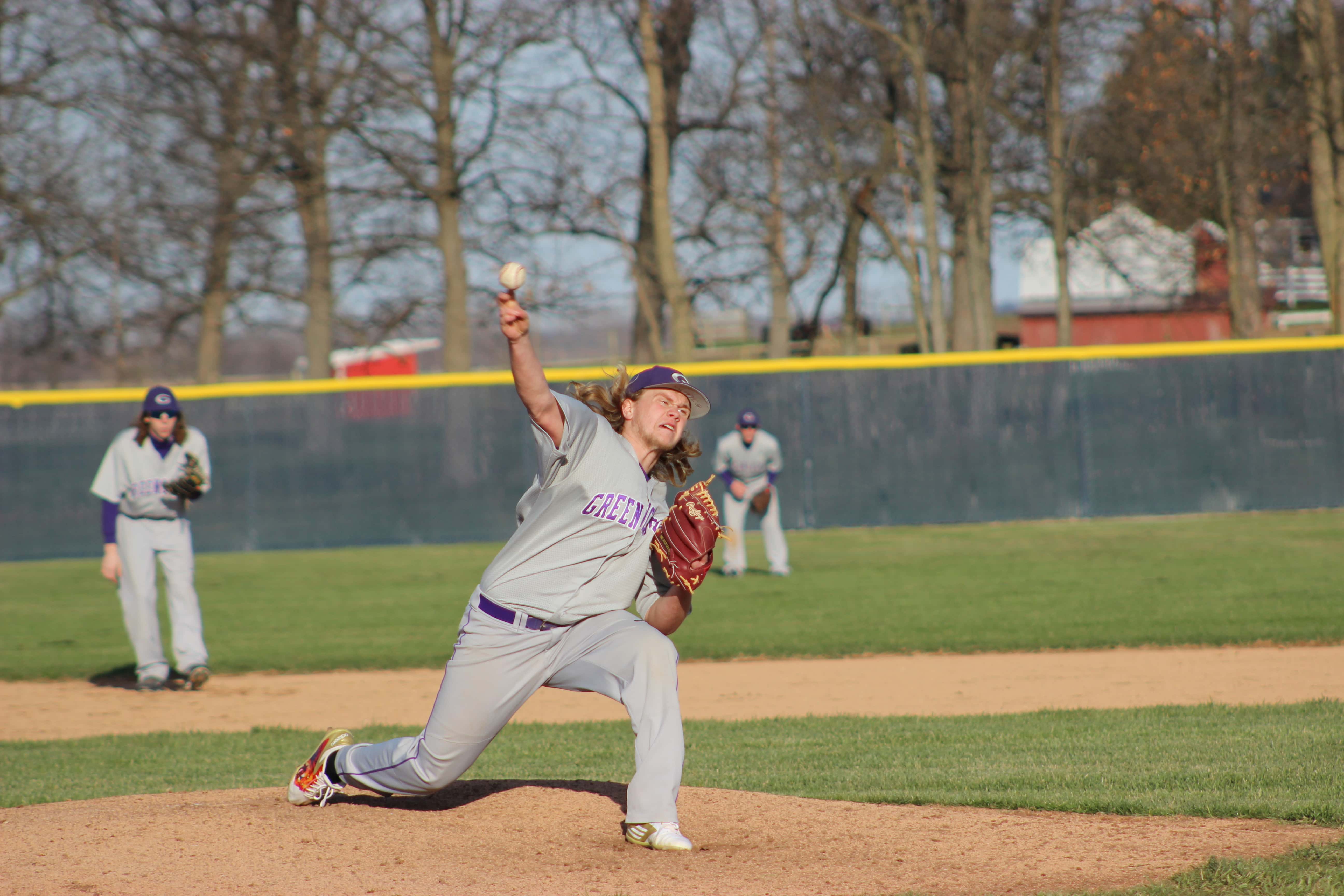 Greencastle only had 11 players dressed for the game because of practice eligibility for some players and after losing a strong core to graduation last season they had to fill gaps in the offseason.

“We still weren’t our whole team tonight,” Tiger Cub coach Troy Remsburg said. “We had three or four guys who went away on spring break. Considering who we played and the lack of varsity experience out there, I thought we did a pretty good job. First couple innings there was a lot of first game jitters.”

Junior Trey Scanland started on the mound for the Tiger Cubs and gave up four first inning runs on four singles, a hit batter and a walk. He was the only Tiger Cub to get on base in the inning.

Greencastle went into the second inning and went three and out. Charger pitcher Mitch Merica struck out two of the three batters and recorded eight strikeouts overall in four innings pitched. He only gave up two singles.

Devan Plant and Vince Gwynn led off the bottom of the second with two singles and after Justin Clary hit a fielder’s choice, Baylee Adams hit a two run double to give the Chargers a 6-0 lead. After giving up a walk to Bryce Frederick, Scanland calmed down and struck out Collin Knecht and got Gregory Pietsch to ground out.

Although Scanland would get through the third inning untouched, the damage had been done and that was all the Chargers needed to score. Matthew Workman was forced to come in and pitch for the Tiger Cubs and gave a superb outing.

Workman gave up one run in the fourth inning after Adams walked and stole both second and third bases. A wild pitch allowed him to score.

Batting was relatively quiet for the Tiger Cubs who only had two singles up to the fifth inning. It was then the tide turned.

Merica was subbed out on the pitcher’s mound by Tyler Swick and he hit the first batter Daniel Wilson. Jed Fajt then bunted and his speed allowed him to get safely to first with no outs. Two strikeouts to Rylan Lucas and Abe Wade put the Tiger Cubs in another tough situation, but Brett Sosebee came through with a RBI single that scored Wilson. Gus Manion, the next batter, grounded out to end the top half of the inning.

Workman came through in the bottom half of the inning forcing the Chargers to go three and out.

Scanland started the top of the sixth inning with a double and then Workman singled to right field allowing Scanland to score. Nick Costin would reach on an error and allow Workman to score.

The inning was going strong for the Tiger Cubs before fajt lined into a double play with no outs and emptying the bases. Costin was caught in no man’s land and could not get back to second base in time. Lucas struck out to end the inning.

“A lot of them played like that last year in JV,” Remsburg said. “They got the jitters out. They know how to play baseball; it’s just believing in yourself. Baseball’s baseball. That’s what I tell them. It’s not varsity or JV. It’s just baseball. Have fun and you know what to do. Just do it.”

North Montgomery finally got through to Workman in the sixth inning scoring five runs on three doubles and three singles.  They could not complete the ten-run rule as Gwynn popped up to the short stop, Sosebee, to end the inning with a man stranded on third.

“Matthew pitched really well,” Remsburg said. “I think in that last inning we should have been out if it wasn’t for an error. The ball dropped on what would have been the third out.” I don’t know if they were getting cold or what. We just did some goofy things in that inning. I thought Matthew pitched well and he’s going to have to pitch a lot of innings for us.”

Wade singled in the top of the seventh, but that was all the Tiger Cubs could muster as the next three batters recorded outs.

It was a cold night being in the mid 50s and windy, but it did not seem to phase the Tiger Cubs all that much as they made a push in the late going. They finished off with eight hits after only two by the fifth inning. They also only committed four errors.

“I don’t think it really affected them (weather),” Remsburg said. “Trey Scanland can pitch in any type of weather. Nothing really seems to bother him. I think Matthew got good and loose before he came out, so he was warm. I don’t think it really affected them. For starters, once you’re in the game it shouldn’t affect you. We made sure Matthew was good and warm, so it had no affect on him.”

Next Game for Greencastle: