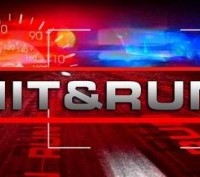 On Monday afternoon, March 14, Putnam County Sheriff’s Officer Riley Houghton responded to a Hit and Run at the intersection of US231 and US40. Lewis K. Kohler, 22, of Cloverdale and his passenger, Juli Enzinger, 57, of Bloomington, reported they were headed North through the intersection, when they were immobilized in the eastbound lane of US40 after the driver a blue or green van turned left on a red light, and struck the front of Kohler’s 1997 Toyota Tercel, and continued East on US40, without stopping. Kohler was transported to Putnam County Hospital for minor bleeding to his chest. The suspect vehicle has not yet been identified.