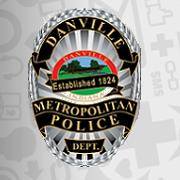 The Danville Police Department is currently looking for a white male, approximately 5’8 wearing a McDonalds hat and blue Navajo sweatshirt identified as Alan Medley. This morning at 7:03, Danville Police Department’s Officer Elizabeth Nester stopped a male who was riding a bike into oncoming traffic at the intersection of Wayne Street and East Main Street. As Officer Nester spoke with the male, he attempted to flee on his bike south on Wayne street and was struck by a vehicle. The male proceeded to get up and continue to flee. Officers combed the area but have been unable to locate the suspect. If you know the whereabouts of Alan Medley Danville Police requests you call 911 immediately. There is no indication that Medley is armed and dangerous.