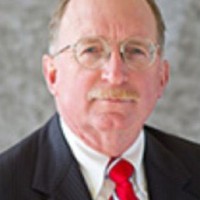 Lucius Oliver Hamilton III, age 61, an employee at Wabash College was the  prime suspect in a homicide case involving the death of Katherine Janet Giehll age 31 and her 4 year old son Raymond Peter Giehll IV. The mother and child were found dead inside a Zionsville home located at 6800 block of Old Hunt Club Road. At approximately 2:30pm police received reports that Hamilton was seen leaving the Wabash College Campus driving a 2013 White Dodge Caravan with a Wabash College license plate WA25 heading in an unknown direction. Police found Hamilton inside of the Hilton Garden Inn in downtown Indianapolis. ISP attempted to negotiate with Hamilton after the Inn was evacuated. Hamilton then proceeded to barricade himself inside a hotel room and exchange gun fire with police officers through his hotel room door. Hamilton then turned the gun on himself and committed suicide.