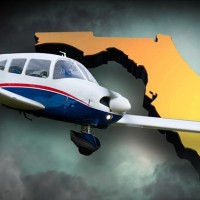 A North Putnam 1974 graduate, and Roachdale native, Dr. Sheryl Roe (previously Sheryl Brewster), has been identified among the wreckage of her single-engine plane along the Okaloosa County coast near Destin, Florida. Dr. Roe, 60, and pilot James Shumberg, 67, are believed to have been the only occupants on board the Piper Archer aircraft. The cause of the Thursday evening crash is still being investigated. Dr. Roe and Shumberg were flying from Alvin, Texas but were overdue at Destin Executive Airport, and a search commenced after a runner called 911 to report seeing a small propeller plane go down around 7pm. Dr. Sheryl Roe lived in Alvin, Texas but she worked as an acupuncture physician in her offices in Navarre and Fort Walton Beach, Florida.