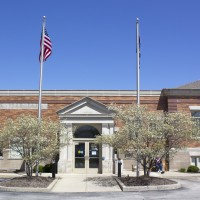 240 State Park passes will be put into circulation at libraries, just like books, allowing access to the parks for people who might never go otherwise. The passes will allow entrance into 32 state parks and recreation areas where entrance fees are normally charged. The program officially begins January 1, but all libraries may not have their passes for several weeks into the new year. Indiana State Parks and the Indiana State Library partnered up for the program to celebrate Indiana’s bicentennial.