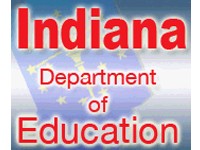 With schools concerned about big drops in Indiana’s standardized tests scores, a top legislator on education issues says he’s coming up with proposals to adjust how the state uses the results. Those scores are used in determining teacher raises and A-F ratings for local schools. Officials are blaming the double-digit drop in passing rates for students on changes made to last spring’s ISTEP exam. House Education Committee chairman Robert Behning, an Indianapolis Republican, said he’ll have a bill ready during the first weeks of the legislative session that starts in January for a one-year suspension of ISTEP as part of teacher evaluations. He calls it a “transition-year adjustment.” The state Department of Education is expected to release student scores from last spring’s ISTEP exams in January — nearly five months later than the release of the spring 2014 results.