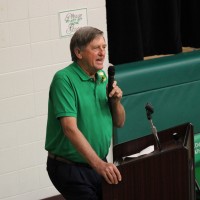 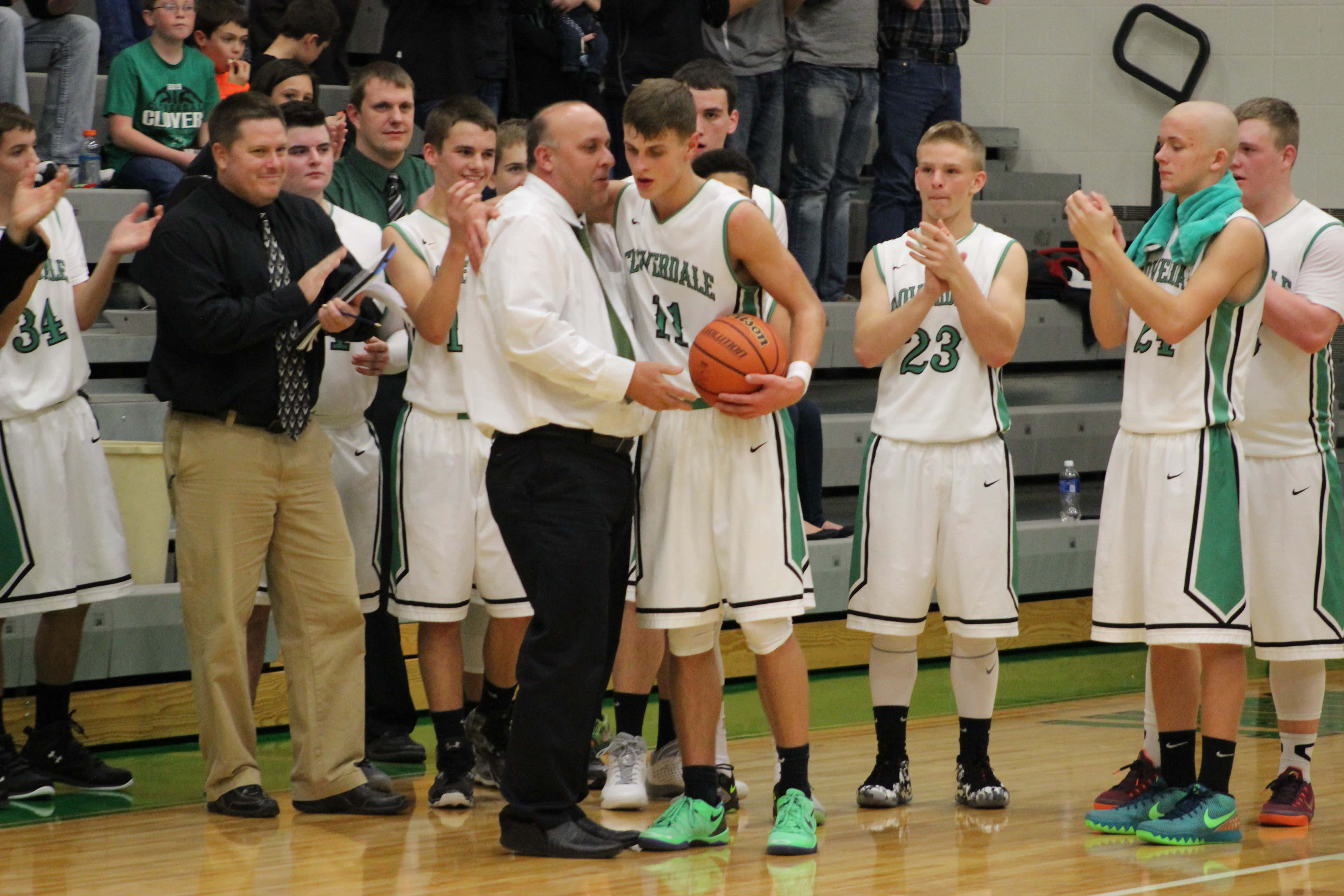 It was supposed to be Al Tucker’s night on Saturday at Cloverdale with the long time Clover basketball coach having the court dedicated in his name. It was unknown by many that Cooper Neese was also ready to surpass the 1000-point mark in his career. It worked both ways and the Clovers got the win 67-58 over the Southmont Mounties.

The night started off with a long dedication to Coach Tucker with several guest speakers including Rick Ford, a former player. After the court was dedicated it became Neese’s stole it only needing 11 points to reach the mark. With a three pointer in the second quarter he passed that mark. The game was stopped and he received the game ball.

It was a close game most of the night until Neese took over late in the game and finished with 31 points. Southmost had made it a one possession game midway through the fourth quarter, but Neese drained a three pointer and four free throws there after.

The Greencastle Tiger Cubs hosted the North Putnam Cougars on Saturday and won 77-34.