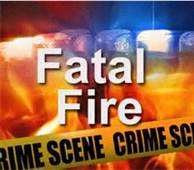 A fire at Mill Run Apartments in Plainfield turned fatal yesterday November 27th. According to reports the fire started at approximately 9am. When fire crews arrived they found smoke coming from multiple apartment rooms. Fire rescuers were also alerted that there were still victims inside the complex. Through great effort three individuals were saved but sustained injuries and were taken to the hospital to be treated. One of the victims didn’t make it and succumbed to their injuries. The cause of the fire is still unknown but investigators are keeping the case open.