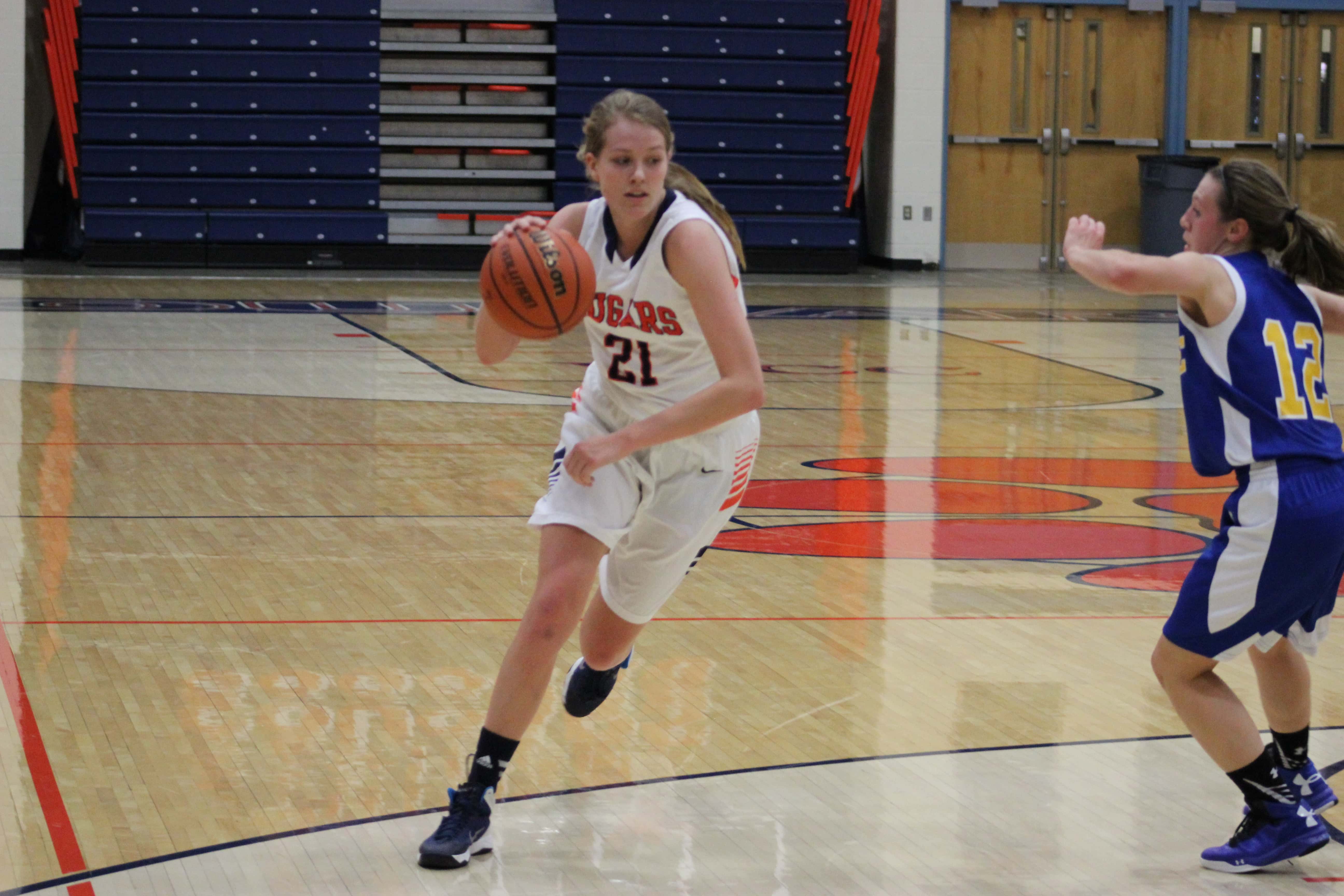 ROACHDALE—It has been 11 years since the North Putnam Cougars girls’ basketball team beat the Crawfordsville Athenians, but that streak came to an end on Tuesday night with a dominating performance. The Cougars went on an early 18-0 run that helped them win the game 55-32.

After two turnovers each by both teams and five missed shots Cougar senior, Taylor Nauert, put her team on the board first making two free-throws. The Athenians responded with five quick points, three of which came from the lone senior Paige Schueren.

Those five points were the last that the Athenians (0-2, 0-0 SAG) scored in the quarter because the Cougar defense locked down and their offense went to work. The Cougars scored 18 unanswered points and the run went all the way into the second quarter until there was 6:51 remaining and Schueren hit her second three of the night. She hit six in total and had a game-high 22 points.

“Any time that you can go on a run against a team that is historically beats you that’s a big confidence builder for us,” Corsaro said. “We kind of lost track of Schueren there a couple of times, but after we cleaned that up we were really good offensively. We were good on the boards and really good passing.”

In the final 56 seconds of the half the Cougars (2-1, 0-0 WIC) mustered out six points. It started with Lyndi Parent making two free throws and with 40 seconds left Parent grabbed an offensive rebound before missing a shot. Senior, Shelby Suding, was there to clean up the miss and score two more.

Nauert scored the final bucket of the half with five seconds remaining when Parent grabbed the second of her four offensive rebounds and kicked it out to Nauert on the left elbow. Nauert led the team with 18 points, seven rebounds and two assists.

Almost midway through the third quarter sophomore, Mia Runnells, made a great effort to steal a pass but fell in front of the bleachers and was slow getting up. Getting up with a limp, she raced down the floor and grabbed an offensive rebound and put it back up falling backwards to score the points with 4:43 remaining.

On the very next offensive possession Emilee Henninger grabbed one of her four offensive boards and got the put back. For the night the Cougars had 23 offensive rebounds.

“We really stressed rebound,” Corsaro said. “Especially against the zone. It’s really hard to rebound out of the zone, so that’s one of our main focusses. If you’re going to zone us, we’re going to crash the boards.”

After the Cougars outscored the Athenians 12-3 in the third quarter the game went on an even pace with the Cougars being outscored by two in the fourth. That quarter did not matter with the team playing so well for most of the game.

After free throws were so hard to come by in a recent loss to South Putnam, the Cougars made 9-of-10 on Tuesday. The one drawback for North Putnam was that it had too many turnovers. In all they had 23.

“Mainly it’s just a confidence thing (eliminating turnovers),” Corsaro said. “We’ve worked on that in practice. We sense that sometimes teams chase our right hands down the right hand side of the floor. We worked on that in practice and told our players that they got to move the ball to places where they want to have it. I saw some improvement tonight on dribbling the ball more up the middle of the court and stopping. If you control the ball, you know when you’re stopping and the defense doesn’t.”

The last time the Cougars won was back in the 2004-05 season when head coach Kevin Smith took over. They won that game 51-49 at Crawfordsville.

North Putnam’s next game will be Saturday at Cascade. Assistant coach Katie Copsey graduated from there in 2013 and played for the North Putnam athletic director, Tim Garver while she was there.