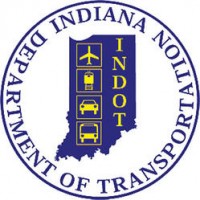 As temperatures begin to drop, Indiana Department of Transportation maintenance crews have completed chip seal projects for 2015, preserving more than 1,200 lane miles of state roads with a surface treatment designed to protect and extend the life of the pavement.

During 2015, INDOT employees used more than 86,000 tons of crushed stone and 17,000 tons of liquid asphalt – a total of $12.7 million in operational resources – to apply the seal-coat. INDOT estimates that using in-house crews instead of contracting the work out saved taxpayers nearly $8 million.

After years of aging, traffic wear and winter freeze-thaw cycles, small cracks develop in pavement. If left untreated, moisture seeps into these cracks to form potholes when the water freezes and expands. As the name implies, a chip-seal treatment seals off the cracks. The stone chips provide improved traction for stopping, especially during winter.

Curious about chip seal projects? View this video to see the benefits, and how they save taxpayer dollars: http://youtu.be/ZfwaAUpk6fo.
Taking care of what we have

For the past several years, INDOT has been expanding its preservation programs to keep pavement and bridges in good condition for as long as possible, targeting bridges and roadway sections with the right treatments at the right times. Pavement preservation projects may include crack sealing, chip sealing, pothole repair and resurfacing.

During the current fiscal year, INDOT will award contracts to resurface 727 miles of state highways. INDOT”s resurfacing program has increased each year since 2013, when 334 miles of highway were resurfaced. Between 2012 and 2014, state-maintained pavement has improved from 89.3 percent in fair or better condition to 90.3 percent.

Governor Mike Pence’s 21st Century Crossroads proposal will make $1 billion in new road funding available over the next four years without raising taxes, building upon the $3.2 billion INDOT already plans to invest in highway preservation work over the next five years. For more information on the 21st Century Crossroads proposal, go to www.in.gov/indot/3404.htm.
Stay Informed

Motorists can learn about highway work zones and other traffic alerts at indot.carsprogram.org, 1-800-261-ROAD (7623) or 511 from a mobile phone.