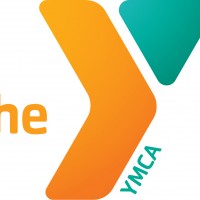 The YMCA has an update for the citizens of Greencastle. In June 2015 the City of Greencastle requested the YMCA to conduct a study aimed to find the needs of the citizens of Greencastle in order to plan for programs and facilities they will possibly be implemented in the future. According to the survey that was conducted they had 647 community members respond to the survey. The report goes on to say that most respondents were between the age of 35-44, females with children and a household income of 75-150,000 dollars a year and have participated in YMCA programs in the past. The group most underrepresented in this survey were ages 19-24 and 65 and older with low income. The report indicated that the new YMCA facility would need a swimming pool. cardio/strength training area, drop-in childcare area, community room, gymnasium, walking track, locker rooms, kitchen, and classroom/multipurpose rooms. All of these areas would be able to be supported with the exception of a pool. The total cost of the aquatic feature would require 2-4 million annually and for everyone to understand that it would impact the cost of membership. The Y also has previous experience with communities the size of Greencastle that show that Greencastle would not be able or willing to support the operating cost of the aquatic center. The only thing we are waiting on now is for the Y to decide on the best location for such a facility.