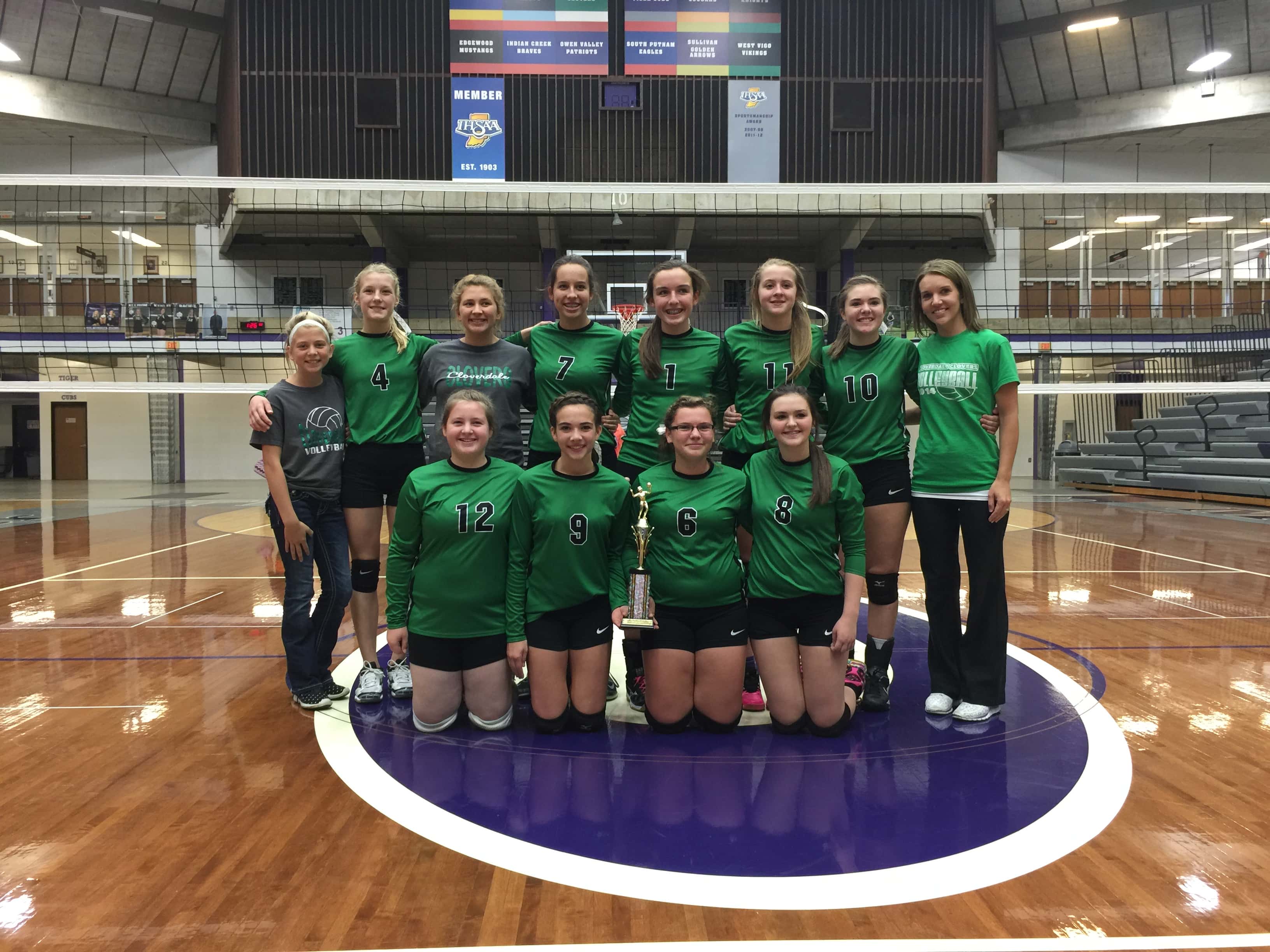 The 2015 Putnam County Middle School Volleyball Tournament was Saturday and the Cloverdale Clovers 8th grade team was the champion.

The team defeated Greencastle in the first round 25-19, 25-14. Kenzie Stoltz led the Clovers from the service line with 17 points and 4 aces.