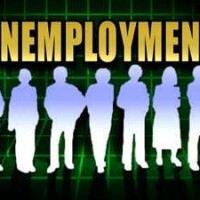 The Indiana jobless numbers for August were released and Putnam County came in at a 5.7 percent. Counties around Putnam also seem to be doing better. Hendricks came in at a 4.4 percent, Morgan at 4.8, and Montgomery at 5.1 percent. As you head to the west and south things are about the same. Parke county had a figure of 6.0, Clay came in at 6.6, and Owen at 6.8 percent. The overall state jobless figure came in at 5.5 percent for the month of August.