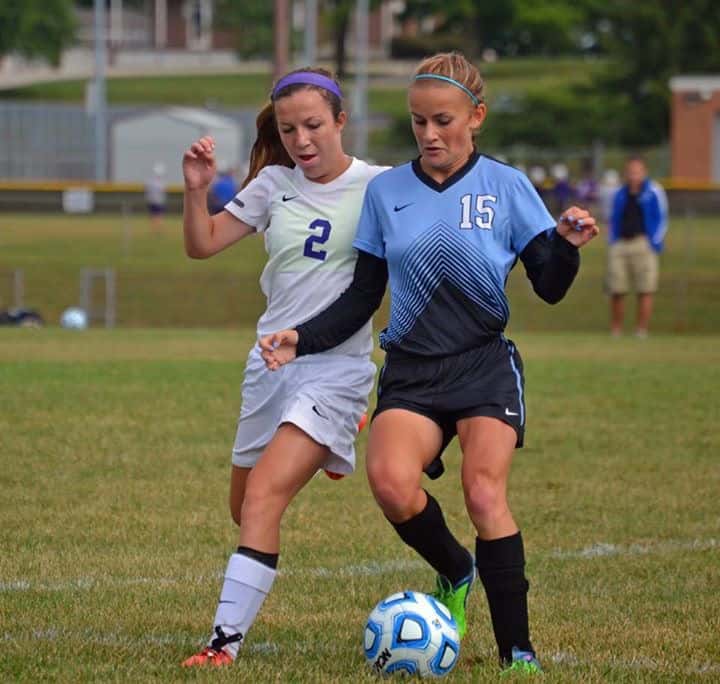 After a day off from a recent weekend game the GHS Girls Lady Tiger Cubs hosted a match against Monrovia Monday evening. Cool temperatures aided in keeping the team in line to establish a good tempo that picked up before the end of the first half. The first goal was knocked in by Amelia Smith from a corner kick by Katie Rose Parsons. At the half the score was 1-0 with Greencastle in the lead.

The second half offered a much more controlled midfield by the Tiger Cubs. Although numerous off side calls were caught against Greencastle – the team was able to secure two more addition goals from Amelia Smith and Bailey Lausee (assisted by Amelia Smith). The final score was 3-0. Claire Gillen had seven saves.

The team is preparing for their final regular season game at home this coming Thursday. They will play Edgewood and host their Senior Night. The weekend game (Saturday at 1:00 at home) will be the play-off game between the West and East Divisions of the WIC Conference. The Lady Tiger Cubs were able to edge out their conference opponents this season to gain the divisional lead. ​

The Tiger Cubs also edged out Sullivan with 3-2 win on Saturday. Katie Kessler scored the first goal for the Cubs and Amelia Smith followed with the next two. Claire Gillen had 10 saves.