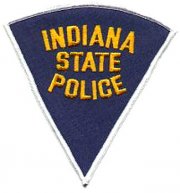 The State Police at Putnamville reported that an afternoon traffic stop turned into a criminal investigation on Friday afternoon. Eighteen kilograms of cocaine were discovered in a commercial motor vehicle.
At about 4:30 p.m. a trooper stopped a semi-tractor trailer for a routine safety inspection. The stop was made on eastbound Interstate 70 near the Cloverdale exit. The trooper talked with the driver, 50-year old Terrell Turner of Houston, Texas, and developed information consistent with the trafficking of illegal drugs. A discovery was made of the cocaine that valued at about $700,000. Turner was taken to jail on a potential Level 2 Felony and is being held without the eligibility to post bond.