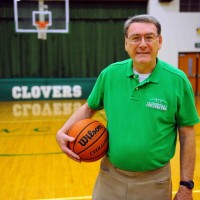 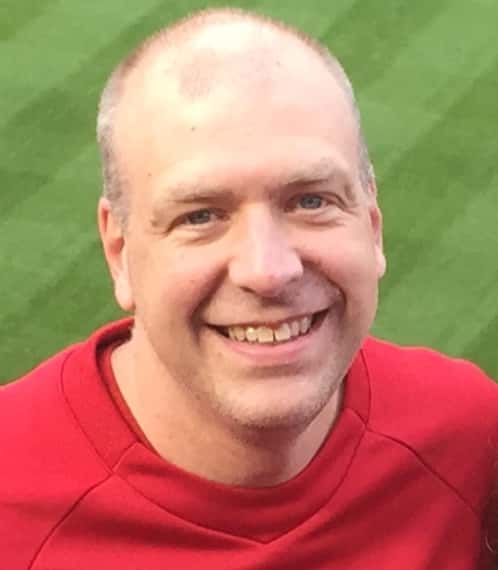 Monday marked the official resignation of Cloverdale Head Basketball Coach, Pat Rady. In 51 years he tallied a record of 761-421 and had the most wins among active coaches in the state of Indiana.

Rady spent 11 years at Cloverdale where he was 143-107. He won two sectional championships with the team including his last year as the coach.

Because of his success, Rady was named the 2015 National High School Boys’ Basketball Coach of the Year.

It all started out in Putnam County for Rady, who graduated from Roachdale High School and then went to Hanover College. He got his first head coaching job at Bainbridge High School where he led the team to a semi-state, which was much harder then with the one class system. He also had the opportunity to coach Larry Steel while he was there, and Steele spent many years in the NBA and Portland Trail Blazers organization. Steele was one of the two NBA players that he coached and he also coached five Indiana All-Stars.

In 1989 Rady was the coach of the Indiana All-Star team.

In all those years besides at Bainbridge and Cloverdale, he coached at Southmont, Winchester, Shelbyville and Terre Haute South. Recently the floor at South was named after the legendary coach.

Rady coached alongside his son, Patrick at Cloverdale and he will assume the head coaching duties as of Monday night.

Mr. Patrick Rady was approved by the Cloverdale school board and trustees on Monday and the athletic department is proud to announce that he will continue in the system. His first season will be this year.

Patrick has been a valued member of the Cloverdale community and the Cloverdale High School faculty since 2008 where he teaches business and sports marketing classes. His wife, Jonna Rady, is an English teacher in the middle school and they have one child, Hannah Rady, a freshman at Cloverdale.

“I’m extremely blessed and honored to be selected as the next boys’ varsity basketball coach at Cloverdale High School,” Rady said about his new position. “Cloverdale has a rich history in basketball tradition and we hope to continue to build upon that tradition. My family and I are excited about this new chapter in our lives and we look forward to continuing our work with the youth in the Cloverdale Community for years to come.”

Cloverdale Athletic Director, J.J. Wade also talked about the hire, “We could not be more pleased that Coach Rady Jr. has accepted the role of head coach for our program. Coach Rady’s experience and knowledge of the game paired with his faith and passion for the game will serve Cloverdale and our boys’ basketball program well into the future.”

Patrick has been an assistant at Cloverdale for the last seven years and served as the junior varsity coach. Prior to that he was the head coach at Southwestern Hanover where he inherited a program that had not been above .500 since the 2001 season. Coach Rady Jr. led the rebels to the sectional final twice in his five years there and had a .500 record (12-12) in 2008, the only non-losing season the Rebels have had since 2002. He also coached at Terre Haute South Vigo as an assistant for 11 years prior to his stint at Southwestern Hanover.