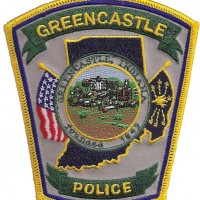 The man who was wanted for two counts of theft and deception has been incarcerated. Grant Brown Age 46 of Indianapolis on Thursday September 5th was wanted after ISP investigations discovered he had made off with 33,286 dollars in grant money intended for the Humane Society Animal Shelter in Putnam County. Now Brown was arrested and transported to the Putnam County Jail were he will stand trial on September 8th.