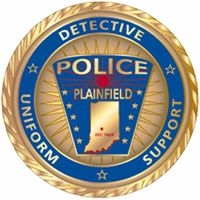 Just after midnight on Monday, August 24th, the Plainfield Police Department were dispatched to a robbery which had occurred at the CVS Pharmacy located at 1700 E. Main Street. A male subject had given a note to the pharmacist which stated he was armed and demanded he be given a list of prescription medications. The suspect fled on foot and was later found in a vehicle during s traffic stop. Inside the vehicle was evidence linking four suspects to the robbery and subsequently an adult male driver and three male juveniles were taken into custody.