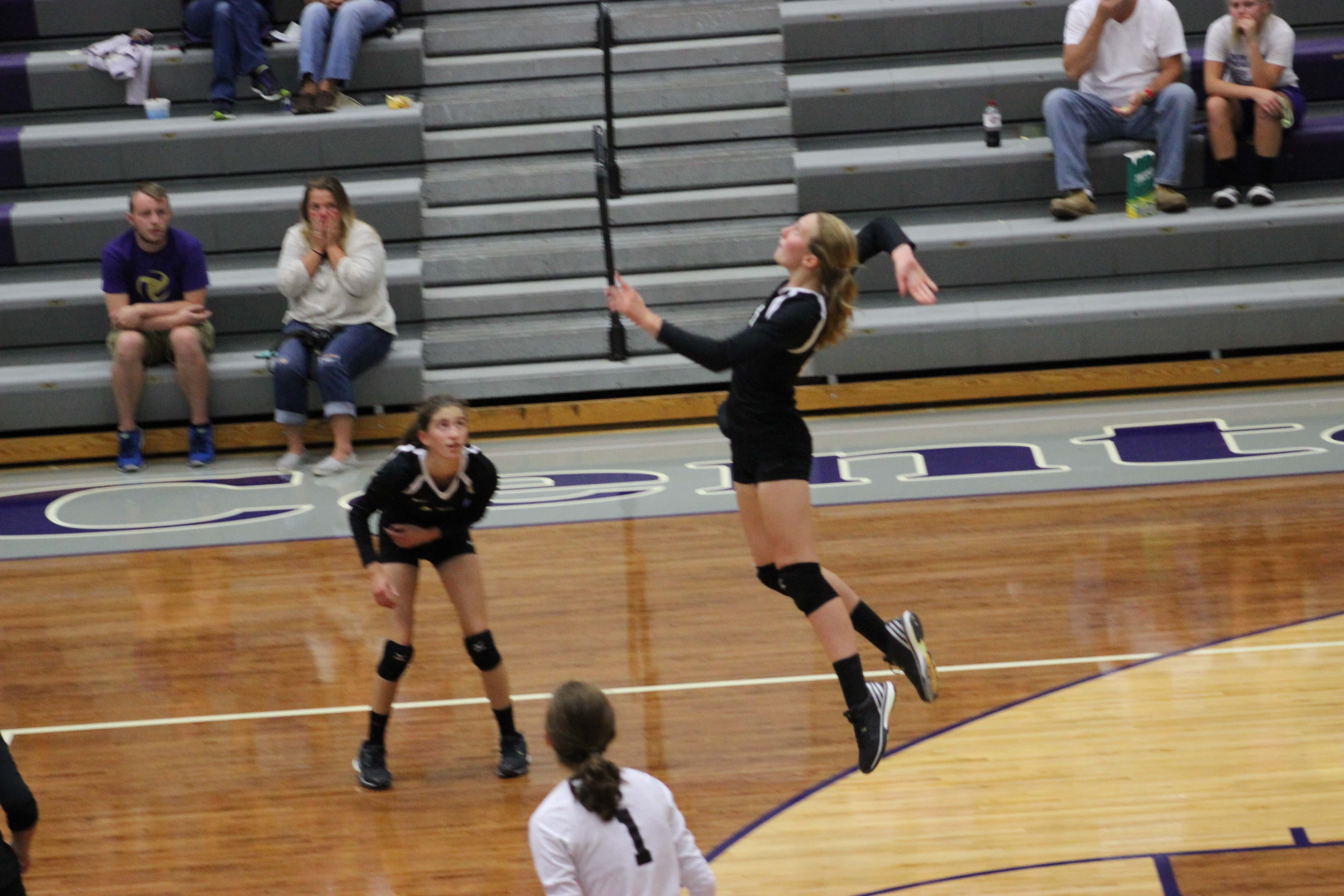 The first two sets were pretty clear that Sullivan would win, but senior leadership by Allison White helped the Tiger Cubs in the third set. Her vocal performance in the huddle between sets lifted her to score four kills in the first eight points.

“She’s a great leader,” Coach Maggie Walters said. “The girls are drawn to her. When she’s on the rest of the team is on.”

The set went all the way into overtime where Sullivan won.

White had 13 kills in total, Lydia Trout had 22 assists, Madison Trout had 20 digs, Kenlee Johnson and Maggie Meyer had 12 digs and Johnson had two aces.