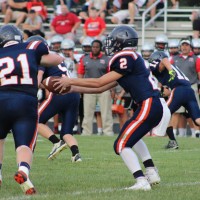 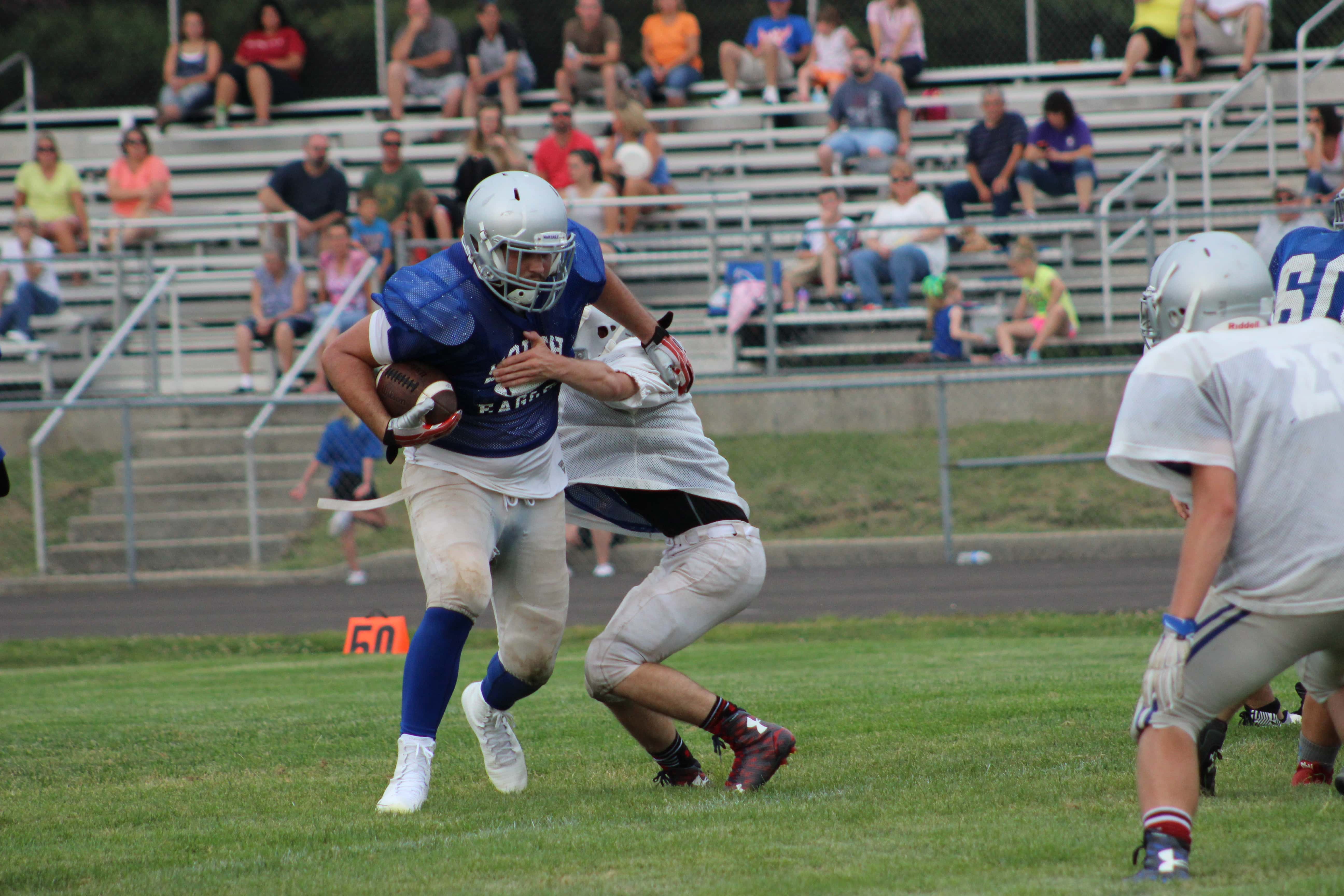 Week one of high school football opened up Friday night with all four county schools staying in Putnam County. The North Putnam Cougars opened their season up in Greencastle with a win over the Tiger Cubs 28-7 and for the game of the week the South Putnam Eagles hosted the Cloverdale Clovers on their way to a 40-6 win.

Details are at a minimum on the North Putnam/Greencastle game, but you can tune into 94.3 WREB FM Saturday morning starting at 9 a.m. for the “Coaches Corner” live at the Putnam Inn. There, you can hear the coach’s recap of Friday night as well as a short preview of their week two games.

As for the Cloverdale and South Putnam game, it was a game of young talent versus a veteran team with some size. Cloverdale showed positives including only six penalties, but South Putnam used a 201-yard rushing night from Kyle Schaffer to get the victory. Schaffer was the offensive player of the game.

Cloverdale has 26 freshmen and sophomores on their team, so mistakes were expected to be made. Discipline was not an issue, though, with such few penalties. The team also recovered a fumble on the first Eagle possession.

The scoring started in the first quarter when Schaffer ran the ball from 26 yards out to the north end zone. Eagle quarterback, Grady McHugh, kicked the extra point to put the team up 7-0.

In the second quarter Dalton Scott had a two-yard run with 8:09 left and with McHugh’s kick the score was 14-0. The scoring continued with senior Jimmy Rutter taking in an 11-yard pass with 5:12 left in the half, but McHugh’s kick was blocked to leave the score 20-0.

A 79-yard drive capped off the Eagle’s scoring attack in the first half with Schaffer’s second touchdown of the game on a two-yard run.

The Eagles had only one penalty in the first half and showed improvements all around their game. The offensive line started getting to the Clover linebackers, which helped the running backs have more room to run. The biggest issue was on the first drive of the game.

The Clovers fumbled the opening kickoff with the Eagles recovering, but the Eagles gave the ball right back with a fumble of their own. McHugh fumbled two straight snaps with the second one being recovered by the Clovers.

In the third quarter the Eagles turned the ball over on downs on their first possession, but they quickly forced the Clovers to punt.

Clover quarterback, Parker Watts, a freshman, dropped back to punt, but the snap rolled across the ground and instead of trying to make a play Watts still elected to punt. His kick was blocked instantly and the Eagles gained possession on their own nine-yard line. Schaffer then used the opening play to score his third touchdown of the game with 7:11 remaining in the third.

Rutter scored his second touchdown of the game a little while later with 3:36 remaining in the quarter. He took a Watts’ punt 62 yards to the house and with a McHugh kick the score was 40-0. Great lead blocking helped Rutter score and he showed his pleasure by holding the ball above his head as he walked into the end zone.

Rutter was the honorable mention offensive player in the game because of his performance. He had three catches for 59 yards and a carry for 17 yards.

Cloverdale avoided the shutout in the fourth quarter after a Garrett Hamilton interception of Christian Zeffel set them up inside their own 15. Tyce Jackson ran the ball into the end zone from 13 yards out to give his team their first score of the season.

The defensive player of the night went to Joey Masters. He had five tackles, two sacks and a forced fumble. He was dominant on both the offensive and defensive lines, but his disruption on the defensive side kept the Clovers from making big plays.

Honorable mention went to Daniel Grundlock. He had eight tackles and a sack, but it was his effort that really stuck out. His closing ability on runners kept Clover ball carriers from moving up field. Several times he forced a runner to run all the way to the sideline and out of bounds without a yard gained.

Cloverdale will host WREB’s game of the week in week two when they host the Greencastle Tiger Cubs starting at 7 p.m. The pregame show will begin at 6:45. South Putnam will host Brown County.