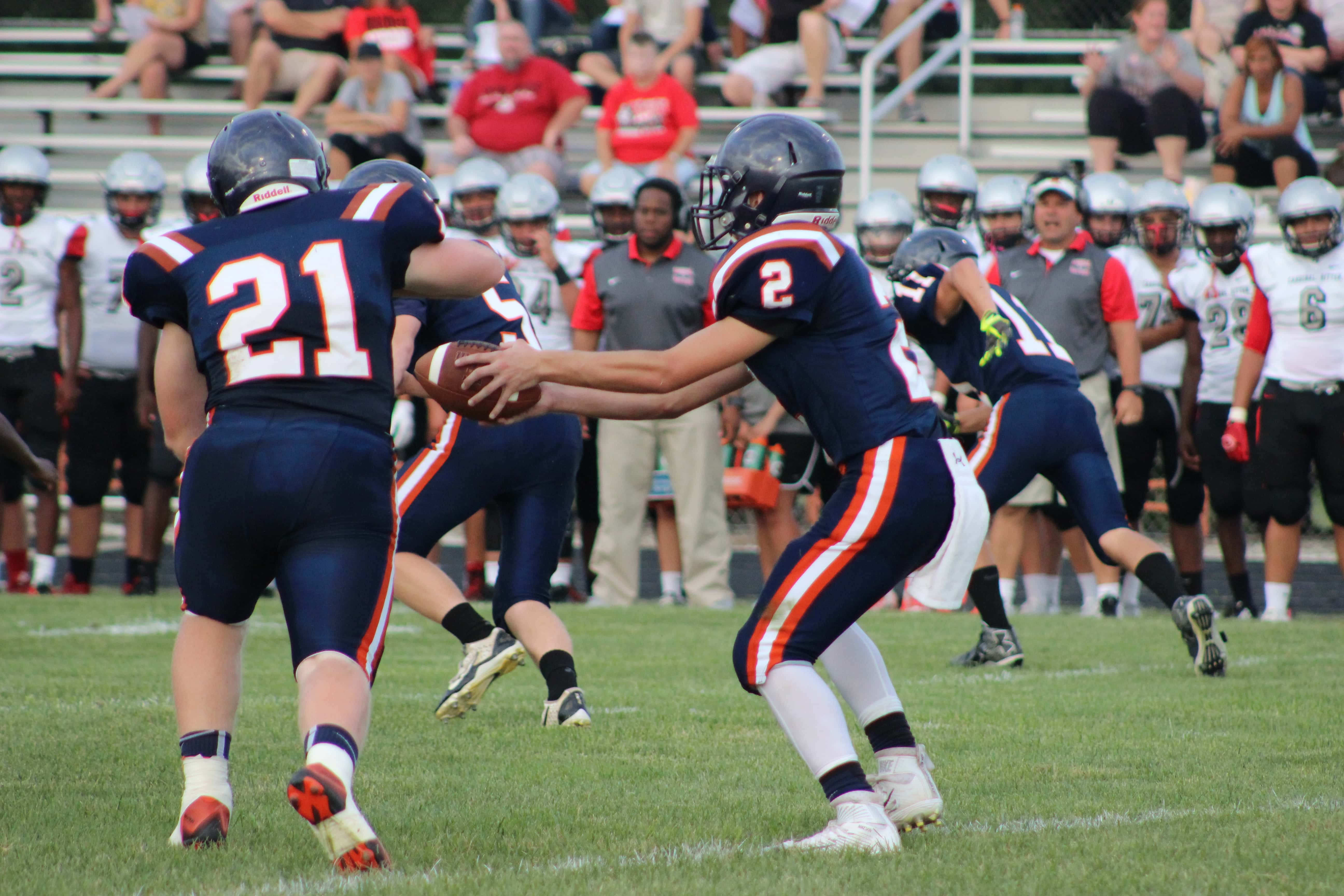 The North Putnam High School football campaign is in full swing and their game looks promising heading into the first game of the regular season.

After a couple of downhill years the team began to race upward as last year’s season went on. It ended in defeat in the first round of sectional play to a young Benton Central team to finish the year 4-6, but they did not go down without a fight.

It is expected that the Cougars will only be better from here on out. With successful middle school and junior varsity programs moving up the line the ceiling is sky high for the team.
“We’re excited about it,” Coach Greg Barrett said. “We got a lot of kids coming back that had some playing time last year. That makes a lot of difference. I think some things are meshing well, but we got some things to still do up front.”

Barrett said the goal every year is to get to that Thanksgiving weekend game at Lucas Oil Stadium, but you have to take it game-by-game.

“Our expectations are the same every year,” Barrett said. “You always want to play in November in Lucas Oil Stadium. You got to do all the small things first before you get to that point. Expect to win every game, learn how to handle adversity and do what’s right.”

The Cougars have a nice depth chart rolling into play all the way around. At the quarterback position they have sophomore Hayden Rudes, who will most likely see the first team reps and they acquired transfer Duke Duff from Cloverdale who has plenty of experience and can start if need be. Senior Brad Hodges can also play the position. He was the starter for most of the season last year before he moved to a slot and running back position. Rudes took over.
“Depth is huge for anybody,” Barrett said. “We got some twos, three and fours in spots that can give us some good looks. A lot of kids can play both ways and others can play one way. That always helps your chances. We got a great group of guys and we had a great summer.”

Senior linebacker and offensive linemen Brayden White also transferred in from Cloverdale. He will be a huge fill in up the middle allowing senior Trevor Bingman to rush the quarterback.
“They (Duke and Brayden) are very good football players,” Barrett said. “They are very talented kids and they’re going to help us out a lot.”

Bingman was a big part of the Cougar defense last year. That defense became a lock-down defense that made passing a challenge. Against Cascade last year the team totaled seven sacks, but that does not even show half the times the quarterback was pressured and hit.

As the year went on the run defense also stepped up for the Cougars. They struggled early on, but became mutual with the pass defense by the third game of the year.
“I think it should be better (defense this year),” Barrett said. “Our expectations are that it will be better. Our corners are back, we got some linebackers back and our d-line is playing solid.”

One position the Cougars had to feel was their offensive line. The Cougars graduated six of them last year. Alan Aynes, a junior, will lead them this year. In a scrimmage against Cardinal Ritter the line held its own for most of the night. Luke Sanford was specifically mentioned by Coach Barrett in an interview.
“The freshman Luke Sanford stepped up,” Barrett said. “He did a good job for us. Our freshman group alone did a nice job tonight. That’s a great group of kids. That makes us excited for the future.”

The Cougars will start with sophomore Ethan Christy running the ball followed be senior fullback Kyler Jeter. Senior Daniel Huffman will be at wide receiver and with his athletic ability he could emerge as a star.

Like all Putnam County teams the Cougars will be in the new Western Indiana Conference. They see Owen Valley in their first conference game at home on September 4th. There will also be a conference championship on October 16th because of the setup with an east and a west divison.

“It’s a neat thing,” Barrett said. “You have an east and west division and a conference championship. Having a championship week is a cool thing. Now you’re talking college football. It’s exciting. We’re looking forward to the challenge. Also know that you got to take it game-by-game. Right now all we’re worried about is Greencastle.”

Because of the new conference the Cougars open up their season against a county rival in Greencastle. They have fallen to the Tiger Cubs the last two seasons and Barrett says they have a bit of a chip on their shoulders. The team looks forward to the challenge and knows they are facing a well-coached team under Mike Meyer.