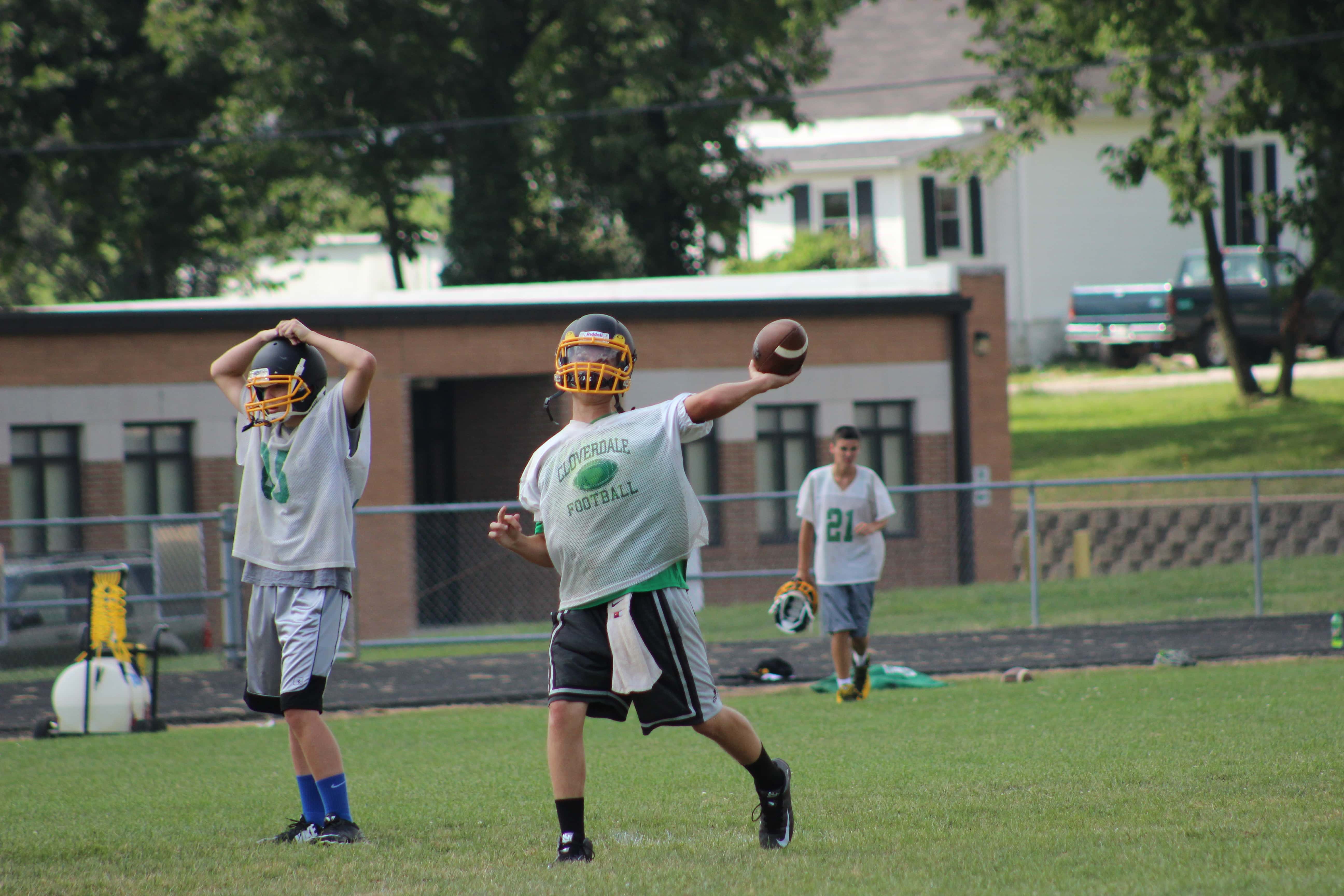 The Cloverdale Clovers’ football team is under new management with Tony Meyer taking over the head coaching position. After finishing 1-9 last year, head coach Jarrod Duff did not return to Cloverdale for non-football reasons.
“It feels pretty good (to be the coach),” Meyer said. “It’s a great group of kids. I think they’re all on board.”

Cloverdale is made up of about 80 percent freshman and sophomores according to Meyer. He says the team does not have high expectations from the community and that is the best situation to be in because they can just focus on getting better.
“Expectations aren’t all that high,” Meyer said. “Nobody in the county thinks we will do much. Actually, it’s a great feeling.”

Last year, the team saw some good minutes from this year’s sophomore class. It will be interesting to see how they have developed over the year.
“We don’t have size,” Meyer said. “One thing we do have is speed. Our thing is working on development and knowledge of the game. We can’t push anybody around. If we get into that situation we’re going to have a hard time, but we’re going to try and control the ball more than we have in the past.”

The team lost a lot from last year. They lost their best linemen in Tyler Lotz (graduation) and Brayden White (transfer) and they also lost Max Secrest and Freddie Fislar to graduation. Their starting quarterback, Duke Duff also transferred.

With a near new team, not much can be determined until their first game at South Putnam. It is sure that positions will be changed and players will try new things.

One thing is for sure. This team will not be measured based on wins and losses. It will be based on how much this team can improve. Most of these players will be together for two to three more years, so in a couple of years time, this team could become something special.
“You got to figure on offense that we’re going to start nine to 10 freshmen and sophomores,” Meyer said. “On defense we’re going to start 10 if not 11. They’re going to be together for a while. Our sophomore class is fantastic. All six of our captains are sophomores. They’re all good kids.”

Cloverdale has opened up its season with Brown County since 2010, but this year they will play them in week six. For the first time they are in the same conference, a conference that will be tough for both teams. In week five the Clovers will face South Vermillion, but next year that spot will be placed with a much tougher Indian Creek team that is moving into the conference.

Cloverdale will open up its season at South Putnam at August 21 at 7 p.m.