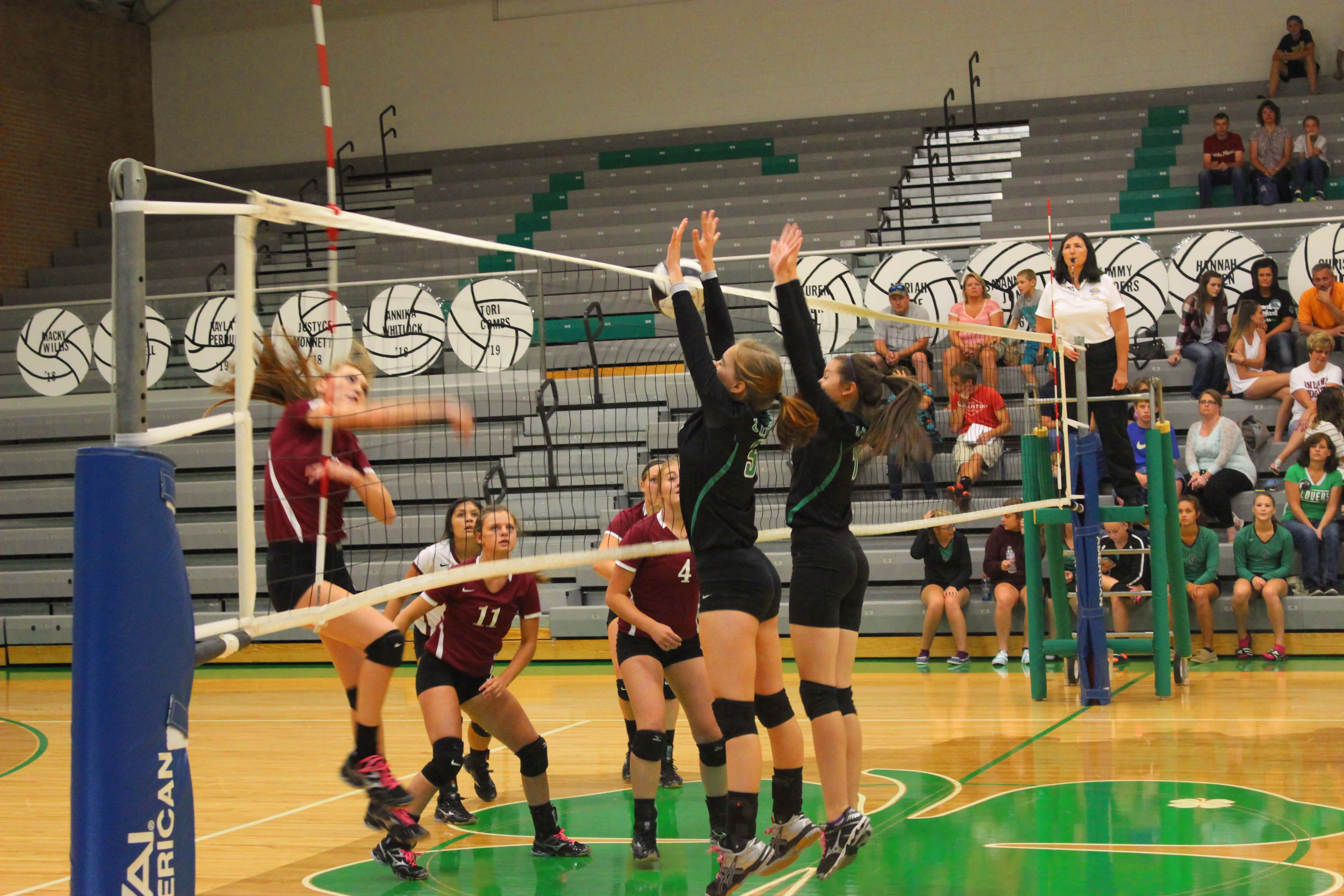 Cloverdale volleyball fell to the Warriors of Danville in three sets Tuesday by the scores of 12-25, 13-25 and 18-25.
Leading the Clovers were Lindsey Davis with nine kills, Christyn Willis with nine and Savannah Jones with three and Tori Combs, Harley Manion and Mariah Huge each had one.
Jones had three aces and Manion and Hannah Ehmen had one each. Willis had five points, Davis had two, Manion had two, Jones had four and Hannah Ehmen had two and Combs and Huge each had one. Combs had four solo blocks. Jones had 11 set assists.
“We played a terrific team tonight,” Coach Kathy Moore said. “We got off to a slow start, but I saw steady improvement over the course of the match. We have alot of work to do, but I feel this team is up to the task.”