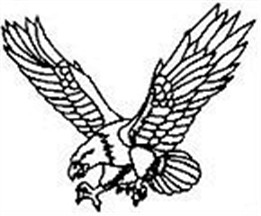 The South Putnam school board held their monthly meeting Monday night at Central Elementary. Inside the meeting the board approved several things including the refinancing of bonds that are used to pay for school buildings. Refinancing will cut the interest rate to be paid in half and that would save the tax payers around $200,000. With this some of the school buildings will also be appraised.

The board also approved a job description for the athletic director and several overnight and out-of-state trips. One of the trips will be for the senior class trip to Chicago and the other five are for the FFA.

With laws always changing in education the board approved Neola, which will help them create new policies to follow when such changes happen.

Since technology always improves, old technology is always left behind and it has to be disposed of, so the board voted to have accompany come in and recycle it.

Finally, the board approved the proposed budget plan for 2016, the capital project plan and the bus replacement plan.

The Teacher Tech Program had a word in the meeting. The program is explained how they want the kids to get the best possible education and how technology can help them. They are considering a school-wide technology progression that might allow students to have their own network device. A community night will be held for the program on September 16th from 6:00 to 7:00 p.m. in the high school gym. The community will have a chance to hear from the Teacher Tech Team and have a chance to provide an input. The team is scheduled to have a meeting with vendors about the best technology available for students and what it would cost, later on.

The night ended with a word from superintendent, Bruce D. Bernhardt, saying that the enrollment numbers are almost mutual with last year’s numbers and that it has been a great start to the year. He says there are several new staff members and students and he expects the numbers to be pretty much leveled off.