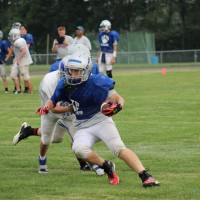 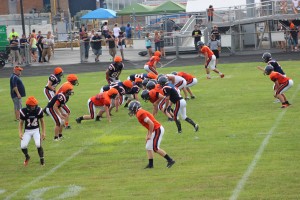 On Saturday all four Putnam County high schools held their annual inter-squad scrimmages. Greencastle started off the day with their gray and purple scrimmage followed by Cloverdale’s green and white scrimmage. Later in the day the North Putnam team hosted their 12th man hog roast that featured a navy and orange scrimmage followed by a dinner. To end the night the South Putnam team help their blue and white scrimmage that included some help from the middle school and youth league teams. For a full photo gallery of the events you can go to our facebook page and check it out. Cloverdale’s pictures will not be posted until after Monday night’s practice.

The four teams will have their annual IHSAA scrimmages Friday. That information will be updated later in the week.

Previews of each team will be available online on August 21 which is opening night for the 2015 regular season. South Putnam hosts Cloverdale at 7 p.m. and also at 7 p.m. the Greencastle Tigers Cubs hosts the North Putnam Cougars.